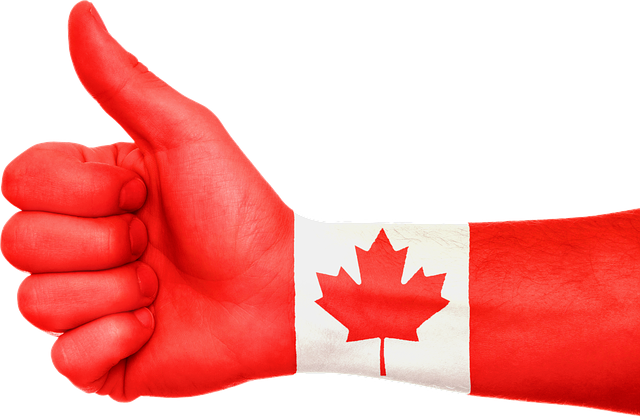 Canada is the second largest country in the world but has only about 35 million people, including 1.2 million aboriginals, and 6.8 million immigrants.  Canada opens its doors to about 250,000 immigrants every year.  People mostly live in the most southern part of the country, which isn’t as cold in the winter as the northern part.  Eastern cities like Toronto and Montreal get lots of snow in the winter, but Vancouver and Victoria in the west get very little snow.  There are two official languages, English, spoken by over 24 million people, and French, spoken by about 7 million people.  Canada’s government is a parliamentary democracy, so the leader of the political party that wins the most seats in Parliament becomes the Prime Minister.  Canada’s total area of nearly 10 million square kilometres is divided into ten provinces and three territories.  From east to west it is a developed country with a strong economy and is ranked ninth highest in average income per person.  Canada is among the world’s leaders in manufacturing (automobiles, machinery, equipment,) technology (telecommunications, microelectronics, nanotechnology,) and pharmaceuticals, as well as chemicals, food, tourism, and banking.  It is a country rich in natural resources like lumber, fish, and minerals.  Canada is a major producer of zinc and uranium and is a large exporter of gold, nickel, aluminum and lead.  It has 13% of the oil reserves of the world and 10% of the world’s fresh water.  People from all parts of the world live in this country in peace and respect for each other’s differences.  Every Canadian has government medical insurance, so if someone gets sick or injured, the treatment costs him nothing.  Another government program is the Canadian Student Loan Program.  An immigrant after one year can apply for this money.  A third government program is a pension for workers when they retire, and there are many other programs like these.

Canada’s national sport is hockey, a game played on ice with six skaters on each team.  The heroes of this sport are as well-known as any other famous Canadians, like actors Jim Carey, Michael J. Fox, and Keanu Reeves, singers Celine Dion, Shania Twain, and Justin Bieber, and movie directors James Cameron and David Cronenberg.  Did you know Alexander Graham Bell, the inventor of the telephone, was Canadian?

Canada is a member of many international organizations, such as the G7, and NATO.  It is a good citizen of the world and has helped many other countries in times of need, including India, Japan, Haiti, Pakistan, and Uganda.  Canada accepts over 10% of the refugees of the world and gives over $500 million a year in humanitarian aid to countries that need it.

What a country!   Oh, and the natural beauty of the country is spectacular.

aboriginals:  the first people to live in the country
immigrants:  people who come to another country to live
official:  recognized by the government
parliamentary democracy:  a democratic form of government where the party with the greatest representation in the parliament forms the government
Parliament:  all the people who make the laws of Canada
Prime Minister:  the leader of the party in power, and the leader of the country
provinces:  the smaller political divisions of Canada
territories:  land that is controlled by the federal government.
economy:  all the money made by the exchange of goods and services
ranked:  put in order from highest to lowest
income:  the money a person earns per year
per:  for each
manufacturing:  the making of things to sell
technology:  advances in science and electronics
pharmaceuticals:  drugs used to treat illnesses
lumber:  wood from trees
minerals:  natural substances that come from mining
producer:  maker
exporter:  seller to other countries
reserves:  the part that is still underground
respect:  understanding of the worth of someone.
insurance:  money to replace something you lose
treatment:  what a doctor does to make you better
loan:  money that must be paid back
pension:  money paid to a worker for the rest of his life after retirement
heroes:  highly respected people
inventor:  creator, maker
organizations:  groups of countries with a common purpose
G7:  Group of Seven, the seven countries with the highest developed economies
NATO:  North Atlantic Treaty Organization, 12 countries that protect each other
citizen of the world:  a country that cares about the other countries of the world
refugees:  people who have to leave their countries because of war or famine.
humanitarian aid:  money, equipment or food to help people who need it.
spectacular:  beautiful