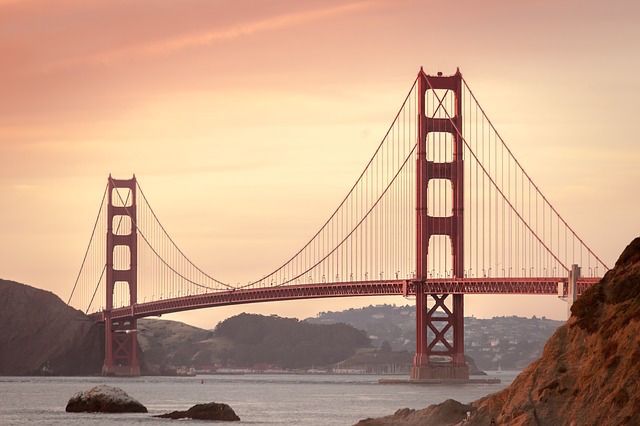 Let’s start with and, the most common conjunction, to see how it connects things.  Sometimes both can be used with and but only with 2 single words such as nouns, verbs, adjectives and adverbs.

John and his sister both have red hair.
He plays basketball, soccer, hockey and tennis.
(Note:  There’s a comma ( , ) after each noun, but there’s no comma before and.)

She eats and talks at the same time.
All he does is watch TV, play video games and sleep.

She is both hardworking and creative.
He’s tall, thin and fast.

She works quickly and efficiently.
He went into battle boldly, swiftly and forcefully.

She is a girl whose parents are rich and whose trust fund is large.
He only buys things that are unique and have value.

They brush their teeth after they eat breakfast and before they go to bed.
When I’m lonely and thinking about home, I phone my parents.

What she said and what I heard were two different things.
He planned where they were going and what they would do.

They’re giving away free samples in the mall and on the street.
He looked under the bed, in the closet and on top of the dresser.

To understand the lecture and to take good notes, she had to concentrate.
To stay up all night and study for the test, he had to drink several energy drinks.

Two of my favorite activities are staying up late and watching old movies.
Playing in all the games and scoring the most points was the highlight of her year.

You can even connect 2 things that aren’t alike:

He did the job discretely and with finesse.
The man was strong and in a bad mood.

But connects things that are opposite or that don’t usually go together.  When the second thing is negative, put but not.

I’m going to Chicago, but I don’t know anybody there.
She likes acting but also wants to direct.
(Note:  no comma before but because the subject she has been dropped in the second independent clause.)

They like the beach but not the water.
She knows a lot about literature but not poetry.

I swim but don’t dive.
She‘s here but doesn’t want to talk to you.

He’s strong but not athletic.
The food was cold but delicious.

They did the job quickly but well.
She worked slowly but surely.

He’s a man who has lots of acquaintances but who has no real friends.
She’s a person whose salary is high but whose work is easy.

Robert stayed home not because he felt a little sick but because he had a test.
She came down to the kitchen before she brushed her teeth but not before she put on her makeup.

She told him what she had planned but not how she was going to do it.
He told me why he was leaving but not where he was going.

We checked in all the classrooms but not in the library.
We work from Monday to Thursday but not on Friday or the weekend.

He went outside not to get some fresh air, but to have a cigarette.
I’m studying English not primarily to get into university but to be able to speak to my friends.

Going to bed early but not falling asleep has been his problem for years.
We like having parties but not cleaning up afterwards.

I write but not very well.
I swim but only in swimming pools.

Or connects choices or possibilities.  It is often used with either, whether, or if, which are put before the first choice or possibility.

I want ice cream for dessert, or maybe I’ll have some pie.
She is either going to tell the truth, or she’ll continue to lie.

His friend is either a teacher or a social worker.  I forget.
Roses or carnations would be an appropriate gift.

Whether she passes or fails is her choice.
I couldn’t tell if he was joking or being serious.

She can’t decide whether she’s angry or amused.
They’re either stupid or naive.

He picked the numbers skillfully or, as my brother says, luckily.
She writes beautifully or terribly, depending on how she feels.

That’s the city either where he was born or where he went to school.  I forget.
That’s the sort of news that either makes you very hopeful or that makes you sad.

What he said or what he meant to say is that he’s sorry.
Where she lives or who she sees is none of your business.

I left the keys either on the mantle or on the hall table.
We can drive on the road or off the road in this truck.

Did you take this job to get rich or to help other people?
To be patient or to be proactive is the choice you now have.

Their options were doing nothing or trying to solve the problem.
Going out for dinner or making dinner at home are our choices.

She is lying either for a good reason or because she’s afraid.
He doesn’t read for the information or to be entertained.

So connects a reason and a result.

The weather report is for rain, so we’ll have to cancel the picnic.
Everyone arrived before 8:00, so the meeting started on time.

We’ll have to cancel the picnic because the weather report is for rain.
The meeting started on time because everyone arrived before 8:00.

Here is an exercise for these 4 conjunctions:

Now, let’s look at the last 3 conjunctions:  for, yet and nor.  They are more advanced connectors and not as often used as the first 4.

For connects results and reasons.  It is used just like ‘because’, but it always has a comma before it.  It is always used in the middle of the sentence, not at the beginning.

I stayed away, for I was told that I wasn’t welcome.
He brought her flowers, for it was their anniversary that day.
[The first clause is the result; the second clause is the reason.]

You can also say:

BUT never start a sentence with for.

Yet connects things that are opposite or that don’t usually go together.  It is used just like ‘but‘, and can connect many things.  Just like but, yet is sometimes used with not (yet not, yet he didn’t…)  However, don’t confuse yet not with not yet, which means not at this time but later.

We’ve been working all morning, yet we’re no closer to being done.
She comes to class everyday yet doesn’t do well on the tests.
[Note:  no comma before yet because the subject she has been dropped in the second independent clause.]

He studies yet continues to get poor marks.
They went to bed, yet they didn’t fall asleep for yours.

We’re tired yet anxious to finish this project.
The sofa was modern yet comfortable.

He works quickly yet carefully.
They seem excited yet afraid to get started.

It’s the kind of present that looks expensive yet that doesn’t cost too much.
That’s the city where I lived, yet not where I went to school.

He kissed her when he got home yet not when she left in the morning.
He could watch TV after he came home yet not until he had finished his homework.

What she said yet not what she meant was the topic of conversation.
He could eat what he wanted yet not when he wanted to.

There was fire damage on the ceiling yet not on the walls.
He put the date on the calendar yet not in his smart phone where he usually puts such things.

To work all day yet to accomplish very little was frustrating.
They were allowed to speak to him yet not to look directly at him.

Studying for hours yet not passing the mid-term made him frustrated.
She prefers going to bed late yet getting up early the next day.

He likes drinking his coffee black yet with plenty of sugar.
She was in a good mood yet not ready to listen to him.

Nor connects things that are negative.  It is often used with neither.  With two independent clauses nor requires the following verb to be inverted, just like a question.  Also, nor is not followed by other negative words like not or never.  With single words, nouns, verbs, etc., nor must be used with neither, which goes before the first of the two things connected.

Neither John nor his brother knew about the wedding.
He chose neither the Toyota nor the Nissan.

She neither smokes nor drinks alcohol.
We neither need nor want your assistance.

They’re neither rich nor poor.
I’m neither angry nor disappointed that you dropped out of school.

He fixed the sink neither quickly nor correctly.
She studied neither hard nor long for the final exam.

Note:  2 adjective clauses cannot be connected with nor.

She doesn’t hug him when he leaves nor when he gets home.
He doesn’t brush his teeth after he eats nor before he goes to bed.

He wouldn’t tell us what she said nor where she went.
She didn’t know where she was nor what time it was.

His backpack wasn’t by the front door nor on the front porch.
She didn’t play sports in the fall nor in the winter.

We didn’t want to get you too excited nor to frighten you.
Management didn’t want a gym for their own use nor for the use of the staff.

She doesn’t like writing letters nor sending emails.
Neither apologizing to her nor sending her flowers had any effect.

She wouldn’t tell me her phone number nor where she lived.
His essay was neither well written nor in the correct format.