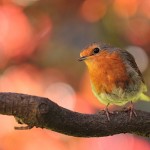 Prepositions are short words, but it can be challenging to learn how to use them.  Following is a list of the most common expressions starting with the prepositions at, by, for, in and on:

at best / worst:  At best we’ll be finished by midnight, and at worst we’ll be up all night.
at birth / death:  She had blue eyes at birth, but now they’re brown.
at first / last:  At first, we thought he was a shy, but he’s not really.
at once:  Come here at once!  (= immediately)
at present:  At present we’ve had 35,000 visitors to our website.
at random:  The computer picks a number at random.  (= by chance)
at the moment:  He’s not home at the moment.
at the peak (of):  These grapes are at the peak of ripeness.  (= at perfect)

for example:  Italian food, for example pizza, is delicious.
for free:  The store is giving away key chains for free.
for good:  He stopped smoking for good.  (= forever)
for instance:  I have trouble remembering things, for instance names.
for later:  I’m going to save this piece of pie for later tonight.
for now:  I’ve had enough food for now, but I may be hungry later.

in a book / a magazine / the newspaper:  Did you read that information in a magazine?
in a car:  They traveled to Mexico in a car.
in a row:  She won three games in a row.  (= in sequence)
in charge (of):  Who’s in charge of the music for the party?  (= has responsibility)
in common (with):  I have nothing in common with him.
in danger (of):  You’re in danger of becoming addicted to the pills.
in detail:  Explain to me in detail what happened.
in existence:  The blue whale is the largest animal in existence.  (= living now)
in general:  In general, the buses in this city are on time.
in practice:  In practice this system doesn’t work very well.  (= doing it)
in style:  She shops at the best stores and is always in style.  (= well dressed)
in the front / middle / back:  We like to sit in the front of the classroom.
in the past / present / future:  In the past it took days and days to do research.
in the world:  There are over seven billion people in the world.
in theory:  In theory it looks like it would work.  (= as an idea)

on a bus / boat / plane / train:  They came to Vancouver on a bus.
on earth:  I wouldn’t marry you if you were the last man on earth.
on fire:  Get out quickly; the house is on fire.  (= burning)
on foot:  His car broke down, so he had to come home on foot.
on purpose:  She stepped on his foot on purpose.  (= knowing what she’s doing)
on television / TV:  He has the most popular talk show on television.
on the Internet:  There are many dating services on the Internet.
on the other hand:  He’s very smart, but on the other hand he’s disorganized.
on the radio:  I heard that song on the radio.
on the whole:  On the whole, people in this city are friendly.

Study these expressions, and when you think you’re ready, do the following exercise.