May 26,2013 Leave a comment be used to, get used to, Intermediate English grammar, used to

There are three ways to use used to: used to, be used to, and get used to.  Used to is the simplest and indicates an action that was continuously or repeatedly done in the past, but has not been done since then.

After used to use the simple form of the verb.

NOTE:  In the negative or interrogative (with did), drop the ‘d’ from used.

Study this first section, and when you think you’re ready, do the following exercise.

Be used to indicates that someone is comfortable doing an action because they have done it enough times that it doesn’t seem at all strange now.  It is a description not an action.  Use a noun (or a gerund if it’s a verb) after be used to.  Be used to can be in the simple present (I am used to,) the simple past (I was used to,) or the present perfect (I‘ve been used to.)

In the negative not be used to means that an action is not comfortable.  It still feels strange because the person hasn’t done the action much before.

Sarah isn’t used to living alone.  (Sarah just started living alone, and she’s not yet comfortable with it.)

Don’t worry.  You’ll get used to the rain in Vancouver.  (Now you don’t like all the rain, but after some time has passed, you’ll be comfortable with it.) 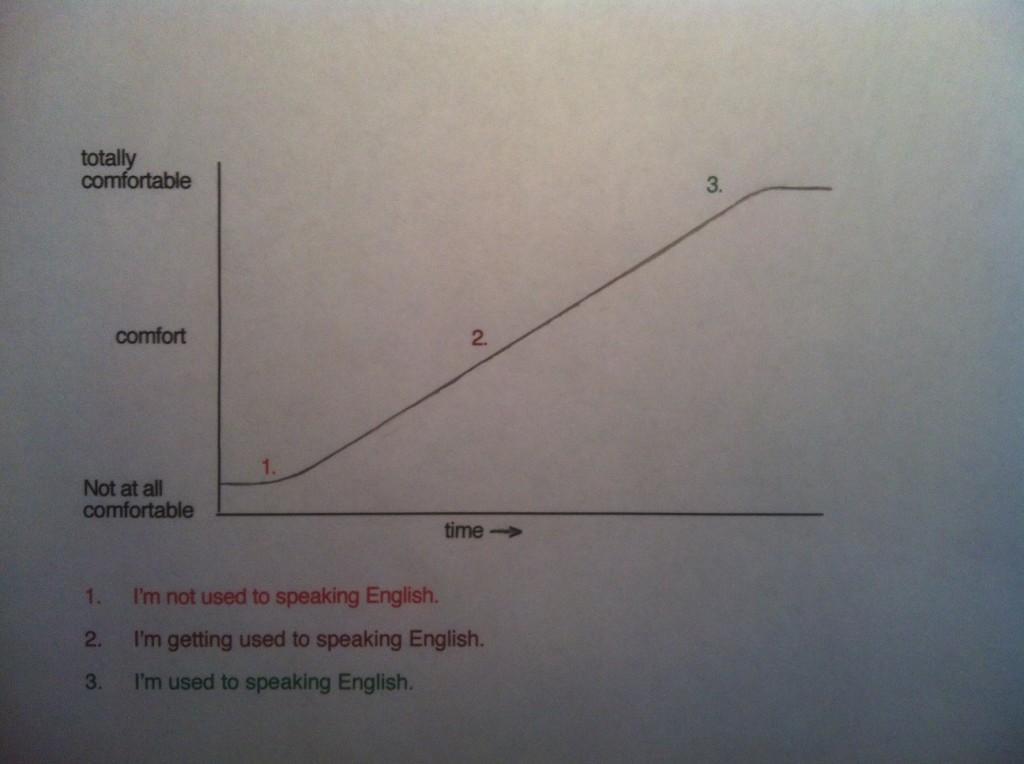