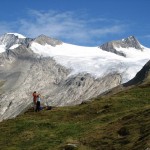 The past perfect is a verb tense that is learned by students at an advanced level.  It is used for an action that happened before another action in the simple past.  Look at these two examples:

When I got home, my roommate had gone to bed.
(My roommate went to bed before I got home.)

Examples:
The movie had already started by the time we arrived.
She hadn’t made up her mind until late last night.
Had you read the book before you saw the movie?

Sometimes the past perfect can be the only verb in a sentence, but it refers to an action that is already stated.

Examples:
“Why was Johnny sad?  Did you punish him for something?”
“Yes, he had drawn pictures all over the wall in the living room.”
(Drawing pictures was before being punished.)

“Why didn’t your son run in the race?”
“He had broken a toe the day before.”
(Breaking a toe was before not running in the race.)

Generally speaking, the past perfect is used less and less in today’s English, especially when it’s already clear which action happened before the other.  This is especially true with the words: before, after and until.  With these 3 words and sometimes with the word when, it’s clear which action happened first.  Therefore, it’s not necessary to use the past perfect, and most English speakers use the simple past.

BUT when it is not clear which action happened first, you must use the past perfect for the first action.

In reported speech when you add the words showing that a speaker said something, those words become the second action, and if the other action is in the simple past, it is changed to the past perfect because it happened before the person reported it.

We asked them, “Did you win the game?”
We asked them if they had won the game.
(Winning the game is before asking them.)

Also in reported speech, if the original verb in quoted speech is in the present perfect, it is changed to the past perfect.