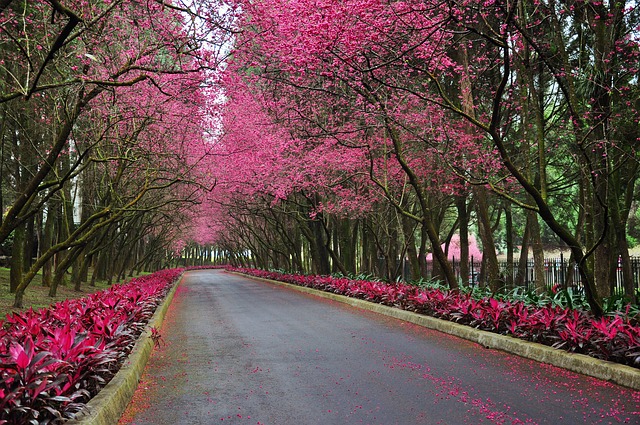 Adjectives and adverbs are similar words but are used differently.  Let’s see how each is used.

Adjectives give more information about a noun (person, place or thing).  They usually have no –ly on the end, except for costly, daily, early, friendly, lovely, monthly, only, timely, weekly, and yearly.  Adjectives are placed before the noun they describe.

Examples:
There’s an early flight that leaves at 6:00.
Tuesday is the only day I can meet you.
This is a safe place to talk about your feelings.
He cut himself on the sharp edge of the metal.

Adjectives are also placed after the verbs: be, appear, become, feel, look, seem, sound, smell, and taste.  [Notice that there is no action with these verbs.]

Examples:
His uncle is honest.
The road up the mountain appeared long and steep.
I’m feeling a little sick, so I think I’ll stay home.
The decorations for the party look wonderful.
His idea to advertise on-line sounds doable.

Examples:
She makes me angry when she does that.
The seafood made everyone ill.
Changing the rules made the game fair for everyone.

Sometimes nouns can also be used as adjectives.

Examples:
There’s a police car parked down the street.
I need to book a hotel room for this weekend.
His father is the school counsellor.
He often plays video games after school.

Past or present participles can also be used as adjectives.

Examples:
The car needed a new steering wheel.
It was a very interesting lecture last night.
They replaced the broken window the following day.
She felt embarrassed to be there.

Adverbs give more information about a verb, an adjective, another adverb, or an independent clause.  Many adverbs are formed by adding –ly to an adjective, such as:  slow – slowly, easy – easily, weak – weakly.  They are placed before the adjective or adverb they modify, but if they end in -ly, they are placed after the verb or before an independent clause.

Adverbs of frequency, such as always, often, and sometimes, can be placed before the verb.

Examples:
She always waits for me outside the cafeteria.
I often find that people are nice.
They sometimes wonder if we’re a little crazy.

If there are two verbs, the adverb is placed between them.

Examples:
I can really taste the difference between these colas.
She was slowly walking to the exit when I noticed her.
They have stubbornly refused to consider our proposal.

For adverbs that end in –al, like eternal, special, and radical, the ending is –ally (double l).

Examples:
The men were eternally grateful for their rescue.
This car is specially made for handicapped people.
The house was radically different from when he was young.

Some adjectives and adverbs are exactly the same.  They are:  long, far, fast, funny, hard, late, pretty and right.

Examples:
Have you been waiting long?
It’s been a long day.
He can throw the ball far.
It is a far trip to my homeland.
The kids fell asleep pretty fast.
She’s a fast learner.
She dances funny.
That was a funny joke
We all studied hard for the test.
That was a hard lesson to learn.
She comes late every day?
The bus is late again.
The food in the cafeteria is pretty awful.
All the boys think she is pretty.
He did it right.
That’s not the right way

The adjective good and the adverb well can be a problem sometimes.  Use good to modify nouns, and use well to modify verbs and adjectives.

Examples:
She has a good idea for the party.
That soup tasted really good.
I didn’t know you could sing so well.
The trail up the mountain was well used.

To review:  Adjectives and adverbs modify different things.  Adjectives can only modify nouns, but adverbs can modify verbs, as well as adjectives and other adverbs.  The adverb is usually the adjective + ly, but there are exceptions.  Study this page, and when you think you’re ready, take the quiz that follows, and see how well you know this grammar.