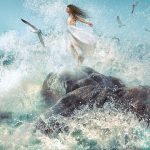 Now that you’re familiar with Conditionals O, I, and II, let’s look at the more advanced Conditionals.

The past conditional, also known as conditional III or the past unreal:

This conditional is used when someone wishes they had done something earlier to change a result they don’t like.  They are often saying that they are sorry that the result is bad.  In this kind of conditional the truth is the opposite of the condition.

The pattern is:  past perfect in the if clause, and would have + past participle in the main clause.

Examples:
If you had called me last night, I would have come over right away.
(The truth is that you didn’t call me, and that’s why I didn’t come over.)

To make any of these conditionals negative, put not, or another negative word such as never, hardly, hardly ever, seldom or rarely between the first two verbs.

Examples:
If he hadn’t been honest, he wouldn’t have told the police anything.
If she had never seen a kangaroo, she would hardly have known what they look like.
If her boyfriend hadn’t lived in Vancouver, she would rarely have gone there.

But with the negative not (n’t), don’t shorten had or would:

Example:
If we hadn’t been on time, we wouldn’t have heard about the room change.

Examples:
I wouldn’t have fallen asleep if the movie had been more interesting.
If I had won the lottery, I would’ve traveled around the world first class .
I would have lived in a better apartment if I had had more money.
If you had called me that night, I would have come over right away.

There are other modal verbs that can be used instead of would, such as could (ability) and might (possibility).

There are other ways to make conditional sentences, but these are more formal and less often used.

In Conditional I if can be replaced by should.

BUT:  If the conditional is negative, do not use should.

In Conditional III if can be dropped, but the verb must be inverted.

There’s one last thing about Conditionals O, I, and II.  You can use unless instead of if, but the sentence must be opposite.

Here is a review of all 4 conditionals: