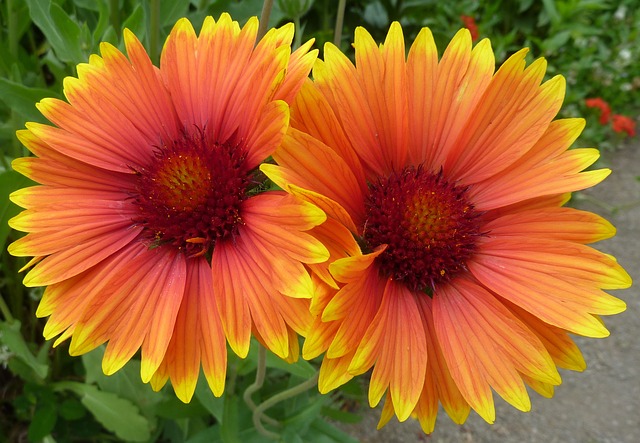 There are many expressions in English that have double words.  Here is a partial list with examples of how they’re used:

hours and hours – many hours

It took him hours and hours to do his taxes.

days and days – many days

It rained for days and days.

weeks and weeks – many weeks

He had been working for weeks and weeks on the project.

months and months – many months

They’ve been trying to sell their house for months and months.

years and years – many years

She’s been renting that apartment for years and years.

time after time – every single time

He keeps helping her time after time.

He returns to Vancouver time and time again.

He studied hour after hour with no break.

day after day – one day after another

It kept raining day after day.

day by day – each day

She has no future plans; she’s just trying to live day by day.

Week after week she stays at home and doesn’t go out.

He would ask his parents for money month after month.

Year after year the rent on their condo went up.

He started to lose his hair little by little.

She called his name again and again, but there was no answer.

on and on – continuously without stopping

He talked on and on about his adventures in Indonesia.

over and over – repeatedly

She kept saying over and over how lucky she was.

more and more – a little more each time

Every day she likes him more and more.

less and less – a little less each time [uncountable nouns]

As time went on, he became less and less interested in art.

fewer and fewer – a little fewer each time [countable nouns]

As time went on she made fewer and fewer typing mistakes.

better and better – a little better each time

worse and worse – a little worse each time

My stomachache is getting worse and worse.

harder and harder – a little harder each time

It seems to be getting harder and harder to find a used CDs store.

bigger and bigger – a little bigger each time

Vancouver is getting bigger and bigger.

longer and longer – a little longer each time

The waiting time for a trial date is getting longer and longer.

smarter and smarter – a little smarter each time

His grandson is getting smarter and smarter every year.

stronger and stronger – a little stronger each time

By working out, you’ll get stronger and stronger.

round and round – in circles

The children turned round and round until they fell over.

all in all – considering everything

All in all, it wasn’t a bad movie.

word for word – each word the same, exactly

She told him what her girlfriend told her word for word.

step by step – all the steps necessary

There were step by step directions on the back of the package.

item by item – each and every item

They had to clean everything item by item.

pound for pound – each and every pound

He can match his brother pound for pound.

street by street – every street

The police searched street by street for the missing children.

face to face – facing each other

Their first face to face meeting was at Starbucks.