How to negotiate effectively 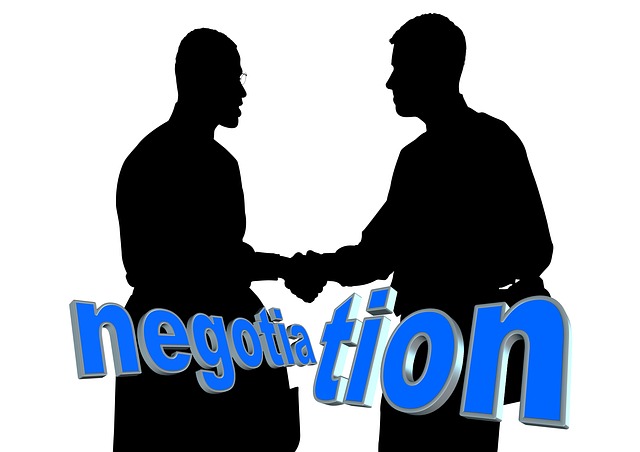 Negotiating with someone means bargaining or trading to get what you want while at the same time giving the other person what he wants. This may sound easy, but unless you follow a few rules, things will not go very well for you, and you’ll give more than you get. Think of negotiating as a game that you can win because you have learned the rules. Using these rules, you have a better chance of getting what you want. Here they are:

Before you start the process, do some research online to find out what a reasonable price for the item is. If you are selling, you want to start your negotiation at a price above that; if you’re buying, you want to start at a price below that. Let me explain by using an example.  You want to sell your used smartphone.  If you determine that a used smart phone is worth $200, then you want to ask $250 for it.  Someone would love to buy it from you for $150.  If you asked for only $200, which is the real price you’re willing to sell it for, the other person would still only offer you $150, knowing that you would come down a little to meet his offer. You would then probably sell it for around $175, which is not what you want. You need to give yourself some “wiggle room” and ask for more than you’re willing to take.

Get the other person to tell you his opening price first.  This gives you an advantage because you now know his starting position before he knows yours.  If his number is $50 lower than you want, then counter his offer with a price that’s $50 higher than you want.  He says, “I’ll give you $150 for the phone.”  You look dissatisfied, and after pausing for five seconds, you say, “I can’t do that.  I’ll give it to you for $250.”  Looking dissatisfied is a major part of negotiating.  The more dissatisfied you look, the higher the other person will make his second offer.

When the other person comes up in his counter offer, you come down by the same amount. Continuing with our example, he now says, “Well, I could come up another $25. How about $175?”   You counter by looking disappointed again, and then say, “I could come down to $225, but that’s as low as I’m willing to go. By saying this last part, you’re telling him that the negotiations are getting tougher, and you’re not going to come down much more.  If he’s not an experienced negotiator, he may agree to pay your price of $225. However, if he understands that the negotiation isn’t finished yet, he’ll suggest “splitting the difference.” He’ll say, “I’ll tell you what. Let’s split the difference, and we’ll both be happy.” At that point you can agree to sell the phone at $200.

If he doesn’t seem willing to split the difference, then you can offer a little something extra to make him feel like he’s getting a good deal.  You could say, “I’d be willing to throw in the phone case if you’ll agree to $200.” Often, this is enough to seal the deal.

If there’s a long silence in the negotiation, do not say anything.  The first person who speaks is the person who’s willing to make a concession and meet the other person’s price.

The last rule is that you can’t seem desperate to make a deal.  You must always look like you’re willing to walk away with no deal.  Sometimes if you’re not happy with the price, walking away is the only thing you can do.

So there are the six simple rules that you can use the next time you negotiate with someone.   Of course, practice makes perfect, so go out into the world and practice this process until you get good at it.  Being a good negotiator will save you or make you lots of money in a short time.

Click on the audio recording below to hear the above lesson.

bargaining: the process of agreeing on a price.
process: the steps you take to do something
reasonable: correct for both buying and selling
item: the thing that is being sold.
determine: decide through research
wiggle room: room to move up or down
advantage:  opportunity for success that the other person doesn’t have
counter: say your price in response to his price
dissatisfied: not happy
tougher: harder
splitting the difference: going half way between his price and yours
throw in: include
seal:  successfully conclude
concession: a thing that is given up
desperate: having an urgent need
deal: agreement

Pronunciation Exercise:  Listen and repeat the vocabulary above on the audio file below.