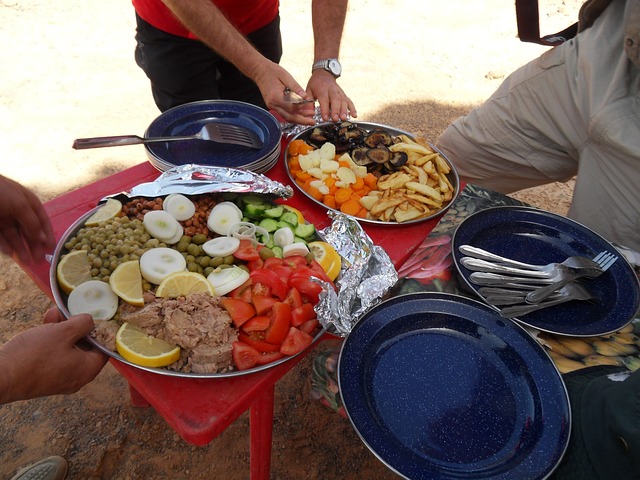 Barbara:  Hi Suzanne.  I don’t mean to break in on your phone call, but I’ve got to ask you a question.

Barbara:  You know about fashion.  Do you think this green blouse goes with these khaki shorts?

Suzanne:  I’d say yes.  This season that combination of colors has taken off.  Ow, my toothache is coming back.  I guess the pain killer I took this morning is starting to wear off.  I promised to take sandwiches to the picnic this afternoon, but I think I’d better see the dentist instead.

Barbara:  The school picnic?  Oh no, I forgot about it.  What time does it get under way?

Suzanne:  It’s supposed to start at noon.  I hope this rain lets up, and it turns into a nice day.

Barbara:  Me too.  I forgot all about the party, but I can’t go anyway.  I have no shoes to wear with this outfit.

Suzanne:  Why don’t you run down to the campus clothing store and buy some?

Barbara:  I wish I could, but I’ve got no money.  My parents cut off my allowance last week because my father got laid off from his IT job.

Suzanne: That’s awful.  By the way, what’s IT stand for?

Barbara:  It stands for the Information technology.

Suzanne:  Ow, not again!  I’ve got to do something about this tooth.

Barbara:  Why don’t you go see the dentist now.  I’ll take over and make the sandwiches for you.

khaki:  a light shade of yellow-brown similar to tan or beige
combination:  two things together
ow:  a word you say when you’re in pain
pain killer:  medicine to stop pain
had better:  should
instead:  in place of something else
supposed to:  scheduled to
outfit:  top and bottom clothing together
allowance:  weekly or monthly spending money given by parents
awful:  terrible

Let up and die down have the same meaning.