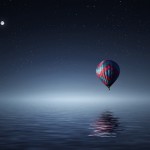 Prepositions are short words that give the relationship between things, such as A is near B or A is under B.  These words need to be learned to use them correctly.  Here is a list of the most common prepositions with examples.

above:  in a higher place (usually not moving)
The family lives above the store.
There were fireworks in the sky above us.

across:  on the other side of, from one side to the other
My best friend lives across the street
He wrote his name across the top of the page.

after:  later in time
She stayed after class to talk to the teacher.
After the party a few people decided to go get some fast food.

along:  down the side of
There was yellow paint along the curb in front of the restaurant.
The ship sailed south along the coast.

among:  between (three or more things)
There were weeds among the flowers.
They talked among themselves until the teacher came back.

around:  at an equal distance from the center, at about (time)
The children gathered around the teacher to listen to the story.
Her parents said they would be home around 11:00.

at:  in a location, during a time
I think she is still at school.
He left work at three o’clock.

before: earlier in time than
He arrived at school before his sister.
The children finished all their homework before bedtime.

behind:  on the back side of
The TV remote fell behind the sofa.
The boy never washes behind his ears.

below:  under (without touching)
Write your address below your name.
The sun sank below the horizon.

beside:  next to, on the side of
She sat down beside her best friend.
Beside the plum tree there is a peach tree.

besides:  in addition to
Besides being a good scholar, he was also a good athlete.
Besides a wife he has a mother to support.

between:  in the middle of (two things)
They live in a small town between Seattle and Vancouver.
I’ll be home between 6:00 and 6:30.

by:  near, close to, before (time)
The restaurant is by the river, so it has a beautiful view.
You must be home by 6:00 because that’s when dinner is served.

close to:  near
He works close to his apartment, so he doesn’t need a car.
We should leave because it’s getting close to midnight.

down:  to a lower position
They had to hike down the mountain in the dark.
He rode down the escalator to the parking lot.

during:  at the same time as
They had a long conversation during dinner.
She fell asleep during the movie.

far from:  at a big distance
I live in a quiet place far from the noise of the big city.
We came from a country far from here.

for:  with the object or purpose of
This cupboard is for all your plates.
Is that present for me or for my brother?

from:  beginning at, originating at
This perfume comes from France.
This train runs from Chicago to New York.

inside:  on the inner side of
It was cold inside the house, so they turned on the heat.
Inside the envelope there was a twenty-dollar bill.

into:  to the inside of
He put his wallet back into his pocket.
They had to go into the bank to open an account.

near (to):  close to
She lives near her parent’s house.
My bank is near to my workplace.

next to:  on the side of, beside
His apartment building is next to a coffee shop.
Next to the TV there’s a small table.

of:  belonging to, containing, being a part of
They ate the whole box of candy in ten minutes.
The mother of my best friend is coming to town.

off:  removed from
Please clear your dishes off the table when you’re finished.
Take a card off the top of the pile and look at it.

on:  sitting or lying on the surface of, at the time of
There is a dictionary on the shelf.
They go to the gym on Tuesdays and Fridays.

on top of:  touching the top part of
The cats like to lie on top of the fridge because it’s warm there.
There was snow on top of the mountain.

onto:  moving to a place on
The dog jumped onto the sofa.
The giant wave crashed onto the beach.

out of:  to a position outside
All the children ran out of the classroom when the bell sounded.
Everyone was out of the theater when the fire truck arrived.

outside (of):  on the exterior part of
Little children often color outside of the lines.
Outside his house there is a huge oak tree.

over:  in a higher place (moving)
The plane flew over the city.
The boys jumped over the fence.

through:  in one side and out the other, from beginning to end
We drove through Denver in the middle of the night.
The baby slept through the night.

to:  in the direction of
They don’t have to go to school on Saturday.
I will give this present to my friend.

toward(s):  in the direction of  (no difference between toward and towards)
Everyone moved towards the exits.
She ran toward the house.

under:  on the bottom of
I found your keys under the newspaper.
The boys keep their toys under the bed.

up:  to a higher position
He climbed up the ladder to the roof.
The cat is up the tree.

upon:  up and on
The cat was sitting upon the lowest branch of the tree.
The town was built upon a cliff overlooking the sea.

with:  together, having, using
He had a bad fight with his father and left the house.
I need a bag with a handle.

without:  not having
He arrived at school without his homework.
She sent the children to bed without dinner.

There is one rule for the prepositions in, on and at, which are used with both times and places.  Generally, for the largest times and places, use in, for those that are smaller use on, and for the smallest use at.

* We say:  in the morning, in the afternoon, in the evening, at night