A short history of the English language

Nov 24,2012 Leave a comment ESL reading, history of English, intermediate reading, where did English come from 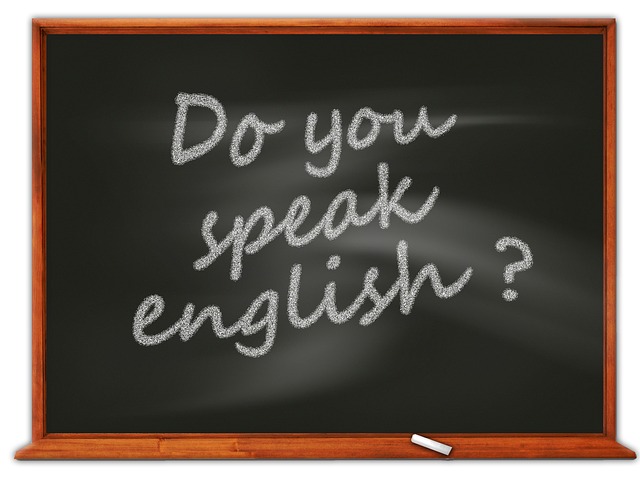 The history of the English language really started with the arrival into Britain of three Germanic tribes who invaded the islands during the 5th century CE. These tribes, the Angles, the Saxons and the Jutes, crossed the North Sea from what is today Denmark and northern Germany. At that time the inhabitants of Britain spoke a Celtic language. Most of these Celtic speakers were pushed west and north by the invaders into what is now Wales, Scotland and Ireland. The Angles came from “Englaland” and their language was called “Englisc”, which is where the words “England” and “English” come from.  This is the beginning of the period we call Old English, also sometimes called Anglo-Saxon.  Old English did not sound or look like English today.  It would sound like a foreign language to a modern speaker of English.  Even though this is true, about half of the most commonly used words today have Old English roots.  Words like cow, house, oaf, pig, and woman, as well as Tuesday, Wednesday, Thursday and Friday come from the Anglo-Saxons.  There were other influences, however.   “Martyr, bishop and font” came from Catholic missionaries of the time, and the Vikings gave us the words ransack, thrust, drag, die, give and take.

Middle English starts with the arrival of the Normans from north-west France in 1066 CE.  These people spoke an old form of French called Old Norman.  This is when a major change started to happen to the English language.  The inflectional speech (high-voiced syllables and low-voiced syllables) spoken by speakers of Old English started to break down.   At the same time the Royal Court and the business class didn’t speak English at all, but spoke their form of French.  Only the lower classes continued to speak English.  In the 14th century English became dominant again but with many French words added.  This language would also be very difficult for anyone to understand today.  An example of words from Old Norman are judge, jury, evidence, justice, beef, and pork.  In all, there are about 10,000 words that came from this language.

Towards the end of Middle English around 1500 CE, a sudden change in pronunciation happened.  People started pronouncing their vowels shorter and shorter.  This was the beginning of Modern English.  The Renaissance introduced the Greek and Roman cultures bringing vocabulary from their languages into the English language.  The invention of the printing press meant that the language in print had to be understood by everyone, which meant standardization.  Spelling, for example, was standardized in the first dictionary in 1604.  Not only spelling but grammar also became fixed.  Books became cheaper and more and more people learned to read.  The English of London, where most of the publishing houses were, became standard English.  Around 1800 a lot of vocabulary was added to the language from the Industrial Revolution and technology.  Because the British Empire was worldwide, the language adopted many words from other languages.  Even today new words continue to enter the English dictionary when the need arises.  Currently there are over 600,000 words in English.  Don’t worry about that, though.  The average university-educated person in North America only knows less than ten percent, or between 40,000 and 60,000 words.

tribe – a group of people who live together
invade – go into a new land and take control
CE – Current Era, meaning the years from 1 to now (We don’t use AD anymore)
inhabitants – people who live there
Celtic – the people who lived in Britain from 4000 years ago
foreign – from outside the country
modern – from today
commonly – by most people
roots – beginnings
influences – things that caused the language to change
missionaries – teachers who want others to learn about their religion
Vikings – sailors from northern Europe
syllable – part of a word
break down – not happen anymore
class – a group of people who have the same profession and make the same money
dominant – the most used
pronunciation – how you say words
vowels – the long voiced sounds of a language
Renaissance – a rebirth of Greek and Roman culture beginning in the 14th century
cultures – the different ways people live in different parts of the world
invention – a human creation
printing press – a machine that prints words onto paper to make books
standardization – making everything the same for everyone
fixed – not changing
publishing – producing books
standard – seen by everyone as correct
Industrial Revolution – the beginning of products being made by machines and not people
technology – those things that allow humans to do more
British Empire – land controlled by Britain, including Australia, Canada, India, and New Zealand.
worldwide – in all parts of the world
adopted – took into itself
need arises – it becomes necessary to do it
currently – at this time, now