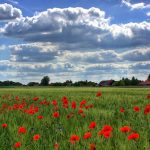 This lesson is a continuation of the lesson on subject-verb agreement – basic, where you learned about the basics and some irregular rules.  In this lesson you will learn about other irregularities.

• If there are 2 singular subjects, but they are connected by the words or, nor, neither/nor, either/or, and not only/but also, then the verb is singular.

Examples:
Paul or George is to blame for the mess, but not me.
Not fame nor money makes you happy in life.
Neither Christmas nor Easter was celebrated in his family.
Either my sister or my brother has the front door key.
Not only the school but also the library was shut down for the celebration.

• If there are 2 plural subjects connected with these same words, then the verb is plural

Examples:
Dogs or cats make good pets.
Not the students nor the teachers were allowed to see the exam before time.
Neither the plums, nor the pears are ripe yet.
Either the Russians or the Canadians win the championship usually.
Not only the Joneses but also the Mitchells are keeping chickens in their yard.

• If one word is singular and the other is plural connected with these same words, then the noun closest to the verb determines if it’s singular or plural.

• When a second subject is connected using accompanied by, along with, as well as, besides, in addition to, including, not, or together with, then ignore it.  It is always between commas and does not determine if the verb is singular or plural.

Examples:
The police chief, accompanied by his staff, holds a press conference every week. (The police chief holds …)
The president, along with the vice president, is speaking at the graduation. (The president is …)
Our family, as well as the other families in the neighborhood, is required to leave the area. (Our family is …)
The door, besides all of the windows, needs to be replaced. (The door needs …)
The books, in addition to the TV show, were written by James Patterson. (The books were …)
The original copy, including all the author’s notes, was sold for half a million dollars. (The original copy was …)
The first choice, not the second or third, was the correct one. (The first choice was …)
The actor, together with her daughters, walks down the red carpet.  (The actor walks …)

Examples:
Two cups of sugar was needed for the recipe.
Forty litres of gasoline fills the tank.
Twenty minutes of exercise is all that you need to do every day.
Three hours seems too long to wait in line for tickets.
Fifteen miles was about as much as I could hike in one day.
Ten kilometers to school and back makes for a very long day.
Twenty dollars is too much to pay for a watermelon.
A thousand dollars pays the rent on this apartment.

Examples:
The class is going on a field trip next week.
The company does business in Asia and Europe.
My wife’s family goes to their cabin every summer.
The group has decided to stay together until the trip is over.
The staff takes a week off at the end of August.

• However, if these collective nouns are followed by a prepositional phrase with a plural noun, the verb is plural.

Examples:
A crowd of demonstrators have blocked the entrance to City Hall.
A group of people are waiting outside.
A minority of students want summer classes.

• The pronouns, both, few, a few, many, and several take plural verbs.

Examples:
Both are incorrect.  (both answers)
Few stay more than a couple days.  (few tourists)
A few have decided to go on strike.  (a few workers)
Many return to this lake every year.  (many geese)
Several are dropping the class.  (several students)

Examples:
To sleep before a test is an important thing to do.
To exercise is essential for a healthy life.
To solve this problem is absolutely necessary.

BUT: 2 or more infinitives joined by and take a plural verb.

To rest and to take your medicine are what you need to do now.

• The titles of books, movies, TV shows, etc. take a singular verb even when the title is plural.

Examples:
Bridge of Spies is a movie directed by Steven Spielberg.
Harry Potter and the Chamber of Secrets is the latest from J. K. Rawlings.
Cheers was one of the most popular shows of the 1980s.