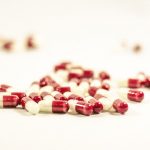 A placebo is any fake treatment or medicine that makes a person feel better although it has no scientifically proven effect.  It is often just sugar, a saline solution or distilled water.  The word “placebo” comes from the Latin language and means “I will please.”  After taking a placebo, a person often feels pleased because they feel better.  When this happens, it is called “the placebo effect.”  The original study of this effect was published in 1955 by an anesthesiologist by the name of Henry K. Beecher, and he discovered that it only works on about 35% of people.  Scientists who have studied this effect found out that if a person expects that a treatment is going to work, it often does.  They also found that large pills work better than small pills, colored pills better than white pills, injections better than pills, and surgery better than injections.  The strange thing is that positive thinking isn’t the only reason a person feels better; a placebo can actually cause physical changes in the body.  For example, it can change heart rate, blood pressure and chemical activity in the brain.  On the other hand, in from 4% to 26% of patients this change can be negative, such as nausea, constipation or diarrhea.  Placebos are used to study the effectiveness of new drugs.  When a drug company develops a new medicine, to prove that the medicine is effective, they give it to some patients and give a placebo to other patients.  At the end of a period of time, it will compare both groups.  If the results are better with the real medicine group than with the placebo group, it proves that the medicine is effective.  Although placebos can be effective in treating symptoms, they rarely cure a disease.  It would seem as if placebos work only when doctors are tricking patients into believing that it will have a positive effect on their symptoms, but this is not always true.  Even when patients are told that they are taking a placebo, many of them report improvement in their symptoms.  Placebos are not real medicine, but since they can make people feel better and since there are few negative side effects, many people think that doctors should use them more often.

fake:  not real
treatment:  what a doctor does to make a patient better
effect:  result
saline:  salt
distilled: pure
anesthesiologist: a doctor who gives patients anesthetics for pain
injections:  medicine given in liquid form under the skin
surgery:  cutting the body open to fix what’s wrong
positive:  believing that it will work
negative:  bad
nausea:  feeling like throwing up
constipation:  not being able to poo
diarrhea:  liquid poo
prove:  show that it is true
effective:  giving a good result
symptoms:  the effects on the body of a disease
cure:  make well
side effects:  results that are apart from relieving symptoms