The story of computers 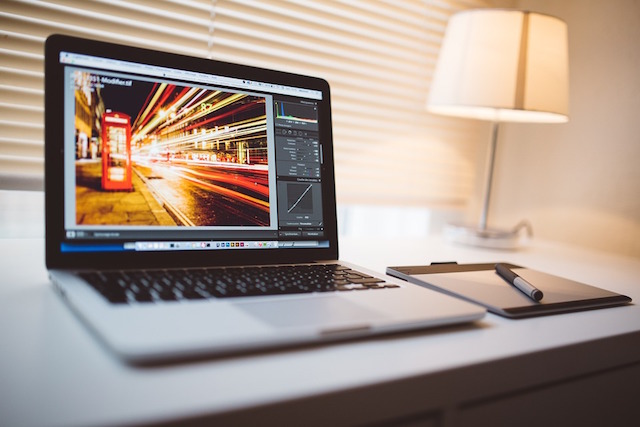 The idea of computers started long before electricity was used.  For example, 2000 years ago people used a device called an abacus, which had beads on a wire that were moved around by hand to do basic math.  This was the only mathematical tool until the 17th century when the Frenchman Blaise Pascal built a simple mechanical device that could add numbers.  Later that same century the German Gottfried Wilhelm von Leibniz built a better mechanical device that could add, subtract and multiply numbers.  It wasn’t until a century later that the Frenchman Charles Xavier Thomas built a machine that could do all four basic functions: adding, subtracting, multiplying and dividing.  Meanwhile, in Cambridge, England, Charles Babbage saw that many long calculations had repetitive actions which could be done automatically.  From this idea he developed a steam-powered automatic mechanical calculating machine, which he called a “Difference Engine.”  He worked on this machine for ten years until he got a better idea, which he called an “Analytical Engine.”  This idea was far ahead of its time and wouldn’t be fully appreciated until a hundred years later.

Automated computing took a big step forward in 1890 when Herman Hollerith and James Powers, who both worked for the United States Census Bureau, developed punch cards which could be read by a computing machine.  These were paper cards in which holes were punched to organize information and store memory.  Because computers worked on a binary system of ones and zeros, a hole in the punch card was a one and no hole was a zero.  This system was used for over fifty years.

World War II speeded up the development of the computer because the military needed mathematical calculations for their long-range weapons.  At the University of Pennsylvania, John P. Eckert, John W. Mauchly, and their associates at the Moore school of Electrical Engineering built the first high-speed electronic computer and called it ENIAC, which were the first letters for Electrical Numerical Integrator And Calculator.  This machine was a thousand times faster than the generation of mechanical computers that came before, but it was huge and expensive.  It used 18,000 vacuum tubes, required 180,000 watts of power, and took up 1800 square feet (167 square meters.)  ENIAC was used from 1946 to 1955.

Fascinated by the success of ENIAC, the mathematician John Von Neumann thought that a computer should have a fixed structure and not have to be rewired for different calculations.  He thought that there should be a programmed control, which could be changed for different calculations.  This idea, called the “stored-program technique” was adopted by all future computers.  In addition to this, the data and the instruction programs were stored in the same memory, allowing both to be changed when needed.  As a result of these two changes, computers became faster and more efficient.

This new generation of computers used Random-Access-Memory (RAM) which could be accessed continuously.  Punch cards were still used, but after the programming was loaded into the machine, it could perform very fast calculations.  Over the following years computers became much smaller, about the size of a grand piano, and used only 2500 vacuum tubes, which required much less electricity.  However, they needed a lot of maintenance.  This generation of computers, which included EDVAC and UNIVAC, was used for the next 8 to 12 years.

In the 1950s computers were built using magnetic tape rather than punch cards to store information in memory.  By the end of the 1960s punch cards were no longer used.  These computers required teams of programmers and maintenance engineers and were therefore very expensive to run.  Only very large organizations such as governments and private laboratories could afford them.  In the 1960s computers continued to decrease in size and became faster and smarter.  The LARC machine, built by the Sperry-Rand Corporation, and the Stretch computer, built by IBM, were examples of this improved computer, which could process 100 million words and carry out calculations in less than one millionth of a second.  These computers were widely used in businesses for accounting, payroll, inventory, ordering supplies and billing.  They were also used in hospitals to keep track of patient records, medications and treatments.  In the 1970s computers shrank even more in size to increase speed and efficiency.  This was made possible thanks to tiny silicon chips which had the hard programming on them.  Email started to be used at this time.   In the early 1980s it became possible to put hundreds of thousands of transistors on a single chip, which brought the price of a computer down enough so that average people could afford them.  As early as the 1970s companies such as Apple Computer and Radio Shack introduced personal computers (PCs) to the public, who bought them mainly to do word processing and play video games such as Pong (1972), Tank (1974), and later Pacman (1980) and Tetris (1984).  Microprocessors with read-only memory (ROM) were introduced to store information that was constantly used, which increased the general efficiency of computers.

No history of computers would be complete without also mentioning the creation of the Internet in the early 1990’s.  It started with commercial networks and research institutes linking their networks together for easy communication.  An English scientist and programmer, Tim Berners-Lee, wrote the first web browser and released it in 1991 to the general public, which made “surfing” the Internet possible.  There are now over one billion websites.

device:  a mechanical or electrical thing made for a purpose.
tool:  anything that helps you do something
century:  100 years
mechanical:  like a machine
add: +
subtract: –
multiply: x
divide: ÷
calculations:  mathematical processes such as adding, subtracting, etc.
repetitive:  repeating
automatically:  without you doing anything
ahead of its time:  from a future time
appreciated:  understood
took a big step forward:  became so much better (idiom)
binary:  2 numbers – 1 and 0
speeded up:  made (it) go faster
military:  army, navy, air force, marines, etc.
long-range weapons:  guns and missiles that could bomb things far away
associates:  other engineers who worked with them
generation:  all the computers that were made at the same time with the same technology
vacuum tubes:  devices that control electric current in an airless environment
fascinated:  greatly interested and curious
programmed:  given a set of instructions
adopted:  used
data:  information apart from the programming
efficient:  not making mistakes
accessed:  reached and used
loaded:  inputted
perform:  do
required:  needed
maintenance:  repairing and cleaning
magnetism:  the energy of magnets
process:  handle, do
carry out:  do (idiom)
accounting:  all the money coming in and going out of the company
payroll:  salaries
inventory:  keeping lists and numbers of supplies
billing:  figuring out orders for payment
keep track:  keep a record (list and number of items)
medications:  medicine
treatments:  things a doctor does to make someone well
shrank:  became smaller
silicon chips:  sets of electronic circuits on a small flat piece of silicon
transistors:  devices that increase or switch the direction or flow of electricity
afford:  have enough money for, be able to buy
word processing:  writing
microprocessors:  silicon chips
constantly:  all the time
commercial:  business
research institutes:  organizations, often universities, that do research to discover new things.
linking:  joining, connecting