The story of pizza 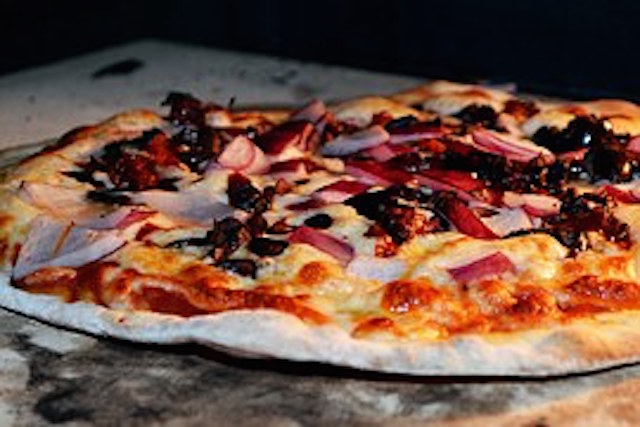 People all over the world enjoy eating pizza.  Here in Vancouver there are many pizza places where you can buy a single slice if you want a snack or a whole pizza if you want a meal.  The ten most popular toppings you can choose are pepperoni, mushrooms, onions, sausage, bacon, extra cheese, black olives, green peppers, pineapple, and spinach, in that order.  Did you know that pizza is a very old food whose history goes back at least 4000 years?  At that time people added ingredients to a flour and water flatbread to make it more tasty.  In the 16th century in Naples, Italy, flatbread was called pizza, a modern word for the old Latin word “pinsa,” and it was common food for the poor.  When tomatoes were first introduced into Europe from the Americas, many people thought they were poisonous, but by the 18th century it was common for poor people around Naples to put them on pizza.  Pizza was mostly sold outside, but pizzarias sprung up in and around Naples to meet the demand of this popular food.  Even tourists would come from other areas to sample Neopolitan pizza.  The first major type of pizza was called the Marinara, which had tomatoes, oregano, garlic and olive oil.  The second major type, dating from 1889, was the Margherita, which had the colors of the Italian flag – basil leaves for green, mozzarella cheese for white, and tomatoes for red.  The mozzarella cheese was specially made from the milk of the Indian Water Buffalo, and no other cheese was allowed.  In 1984, the True Neapolitan Pizza Association set the rules for a true pizza of Naples.  The dough had to be made by hand and not rolled, it had to be 35 centimeters or less in diameter and no more than .33 centimeters thick at the center, and it had to be baked in a wood-fired oven.  When you eat your next slice of pizza, you can have an appreciation of its long history.

slice:  triangle-shaped piece
snack:  a little bit of food
toppings:  things put on top
pepperoni:  a bright red sausage made from pork and beef.
sausage:  a food made from ground meat with a skin around it
spinach: a green-leaf vegetable
flour:  a powder made from wheat or other grains
tasty:  delicious
common:  usual
the poor:  poor people
pizzarias:  pizza restaurants
sprung up:  were built
demand:  wanting
tourists:  travelers
sample:  taste
Neopolitan:  from Naples
oregano:  a savory spice
garlic:  a spicy vegetable
basil:  a savory spice
dough:  the flour and water mixture
in diameter:  across the center
appreciation:  thankfulness