Tips on the use of commas

Feb 13,2016 Comments Off on Tips on the use of commas comma usage, commas, English punctuation, ESL punctuation 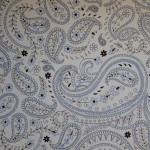 Commas are an important punctuation and are used in a variety of situations.  Here is a list of the situations:

1. Before conjunctions when there’s a following subject:

James is tall, but he doesn’t like to play basketball.
Marie forgot her math textbook, and she has a test today.

BUT: if there’s no subject following, then there’s no comma.
I like to cook but don’t like to clean up afterwards.

She bought a skirt, stockings, earrings and a coat.
He got gas, put air in the tires, and changed the oil in the car.

[Note:  the comma before and is optional.]

BUT: if the list only has 2 things, there is no comma:
We need to replace the stove and refrigerator in the kitchen.
John and George like to snowboard and hike together.

3. After introductory words before a main clause:

Unfortunately, there were many mistakes made.
Furthermore, we have to paint the entire exterior of the house.

4. To separate 2 or more adjectives of equal value: [adjectives that are equal can be reversed or connected with “and”]

She’s coming with us, isn’t she?
We can’t use our dictionaries, can we?

Because he was repeatedly late, the teacher asked him to withdraw from class.
As I was coming to school, I saw an old friend on the bus.

7. In dates, addresses, and city-countries:

He was born on Sunday, June 25, 1989.
They live on West 22nd Street, Vancouver, B.C.
They visited their friends in London, England.

BUT: When there’s only a month and year, no comma is used
They got married in June 2005.

On the morning of her first day of school, Sandra woke up early.
During the snowstorm in January of last year, there were many car accidents.

My last teacher, whom I liked very much, taught us about popular psychology.
Vancouver, which lies on the west coast of Canada, is a major port city.

BUT:  When the adjective clause has necessary information, there’s no comma.
Would all the students who need bus passes please follow me.

10. Around interrupters (including names): [interrupters are words that are added but aren’t necessary]

Margaret Thatcher was, as they say, a formidable woman.
The decor was excellent.  The food, on the other hand, was poor.
Michael, what do you think of our new kitchen?

11. Around (or after) appositives:

Bermuda, a popular honeymoon destination, is a two-hour plane trip from New York City.
A brilliant young boy, Andrew was admitted into the special school.

BUT:  if the appositive is only a name, no comma is used.
My friend Alice is coming with us.
Her brother Gary will be in charge.

12. Before “which” when the following adjective clause modifies more than just the last word:

The clown slipped on a banana peel, which made all the children laugh.
Jessica left the club and went home early, which is unusual for her.

Jonathan said, “I’m seeing a girl in the neighboring town.”
“I was able,” she told me, “to complete all my work.”

14. Before end-of-sentence words that add information:

She wants to go to the movies, too.
His father is chief of police, you know.