Tips on using the apostrophe 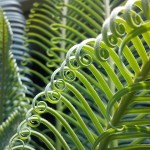 Mistakes are often made by people who don’t really know how to use an apostrophe ( ‘ ), so here is an explanation of its use.

The apostrophe is used in 3 situations.

1.  It’s used to indicate possession.  Put ‘s after the name or word that possesses.

Examples:
Paul’s parents are visiting for the holidays.
The Johnston’s house is three kilometers out of town.

Examples:
The Jones’s boat sank off the coast of Panama.  [When saying the name, you actually say 2 s’s]
We going for dinner at the Harris’s.

The one exception for possession is the word its.  This possessive word has no apostrophe because it’s is the contraction for it is.

Examples:
I only have one shoe.  Where is its mate?
I don’t like this room.  Its color is terrible.

But if a word is plural and ends in an s, then just add an apostrophe without another s.

Examples:
She lived at her parents’ house while she was going to university.
Both of her sisters’ boyfriends are doctors.

2.  It’s used to show that a letter has been dropped in a contraction.

Sometimes you will see words that have an apostrophe in place of the g in -ing because that’s how people really pronounce it.  However, this is only done in informal writing or when quoting someone.

Example:
“Would you like to go dancin’ tonight, sweetheart?”

Note:  The word o’clock always has an apostrophe.

Example:
The movie starts at six o’clock.  [In very old English this word was the contraction of of the clock.]

Examples:
Her son got three A’s and two B’s on his report card.
There were a lot of 10’s and 20’s in the cash register.

But don’t use it after years.

Examples:
In the 1990s personal computers became popular.
This building dates from the early 1900s.