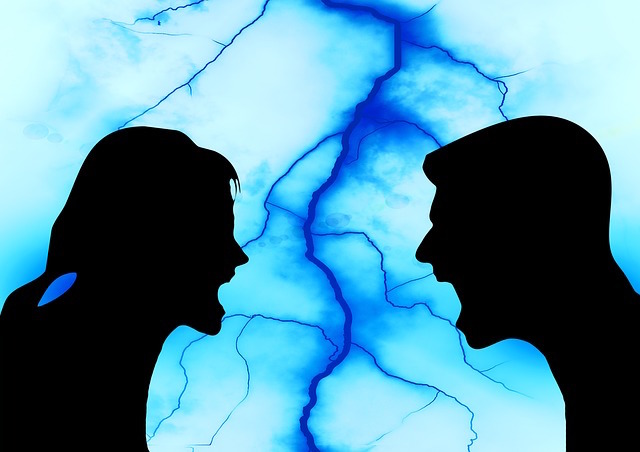 Sahar:  Natalia, do you have a minute?

Natalia:  Sure.  What’s on your mind?

Sahar:  I found out that Hossein hasn’t been on the level with me.

Natalia:  What do you mean?  Are you getting cold feet about marrying him?

Sahar:  No it’s not that.  I love him, but the other day I found some photos of him with a strange woman, and I’ve been a basket case ever since.

Natalia:  Well you knew he had been around the block before you two got together.  It was probably a photo of an old girlfriend.

Sahar:  I don’t think so.  We had a heart to heart last week, and I was completely above board with him about all my old boylfriends.  The only old girlfriend he told me about was a blond, but the woman in the photo was a brunette.

Natalia:  Although there’s a fine line between not telling the whole truth and lying, maybe he didn’t want to come clean all at once.  I’d give him some time if I were you.

Sahar:  Okay.  I hope you’re right.  It would be a crying shame if the wedding were called off.

Have a minute can also be have a second.

The opposite of above board is under the table when talking about something being illegal.

a basket case and in bad shape have the same meaning.