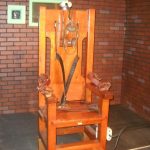 abolish:  to make illegal, stop forever, eliminate
Canadians should either abolish the Senate or make it more democratic.
Many countries have abolished the death penalty.

beckon:  to gently make someone come
He beckoned her to come to the back of the bus and sit with him.
Canada’s north with its high salaries beckons single young men and women.

collide:  to hit, run into
The truck lost its brakes and collided into a tree.
They say the meteor will collide with the earth in four days.

consist:  to be composed of
These cookies consist of flour, sugar, eggs and butter.
The test consisted of all multiple choice questions.

diminish:  to reduce, lessen, make smaller
Drinking three beers diminished his ability to drive.
His apology did nothing to diminish her anger.

estimate: to make an educated guess
It’s hard to estimate the cost of building a second bathroom.
His wealth is estimated at over $3 billion.

intend:  to plan on doing
We intend to have a picnic this weekend.
I intend to graduate next year and apply to Harvard University.

mount:  to become more and more
After a week of rain, the number of deaths started to mount.
As his debts mounted, the phone calls from his creditors increased.

penetrate: to go into or through, enter
The noise from the party penetrated the walls and bothered our quiet evening.
The arrow penetrated his chest but missed his heart.

pursue: to chase after, follow
She plans on pursuing a career in acting.
The hunter pursued the deer for kilometers before he got a good shot.

reject: to refuse to accept
The bank rejected his business plan and he didn’t get the loan.
Many countries reject the death penalty even for murder.

reveal: to show or tell after being hidden
Magicians never reveal their tricks to the public.
The bank promises not to reveal any of your personal information.

scatter:  to break up or throw in different directions
When the police arrived, the crowd scattered.
He scattered grass seeds all over his yard.

strangle: to kill by squeezing the neck, choke
The killer strangled the man with his bare hands.
I almost got strangled when a rope fell into the water when I was swimming.

ventilate: to move fresh air through
We need to ventilate this room; it smells like a gym.
A cool breeze ventilated the house.