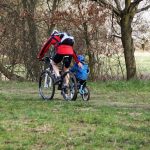 attempt:  to try, make an effort
The man will attempt to walk on a wire between the two buildings.
Every year climbers attempt to reach the summit of Mount Everest.

balance:  to make two sides equal
She needs to balance her checkbook.
He never seems to be able to balance his work life and his home life.

confide:  to tell a secret, discuss private matters
The only person he confides in is his wife.
She was too embarrassed to confide in her parents.

defy:  to not follow orders
After a strong warning, the gang defied the police and called a meeting.
Teenagers often defy their parents and do what they want.

dwindle:  to become smaller and smaller.
As the number of jobs dwindled, more and more people were out of work.
The fish off the east coast have dwindled to a very low number.

function:  to work, operate, do the job
The computer won’t function properly.  We need to call tech support.
I can’t function in the morning without two cups of coffee first.

invade:  to enter forcefully
He felt that the government had invaded his privacy.
Napoleon invaded Spain in 1808.

migrate:  to move in groups to another place far away
In the late fall the birds migrate south to warmer places.
The very first people in north America migrated from Asia.

perish:  to die, be completely destroyed
All his paintings perished in the fire.
Millions of people perished from the Spanish flu of 1918.

shiver:  to shake from the cold, fear or excitement
The children were shivering from the lack of heat in the classroom.
He shivered at the thought that he could have been killed in the accident.

specify:  to say or state clearly
The recipe doesn’t specify what kind of oil to use.
The directions specify that the product not be used indoors.

tend:  to do naturally
She tends to be lazy when she’s alone.
Unlike dogs, cats tend to be independent.

vomit:  to throw up, empty your stomach through your mouth
After drinking more than six beers, he usually vomits.
When the police officer discovered the headless body, she wanted to vomit.

wrinkle:  to make lines or folds in (clothing, skin) so it’s no longer smooth
He wrinkled his clothes by sleeping in them all night.
This new shirt doesn’t wrinkle as much as cotton does.