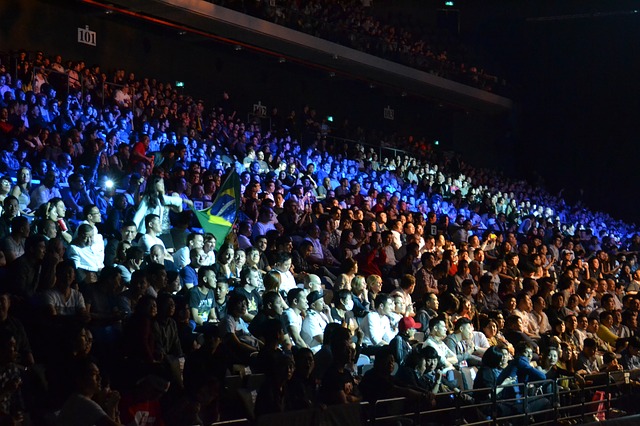 audience:  the people who are listening or watching
After her performance, the audience cheered loudly.
During the school play, Susan saw her mother sitting in the audience.

beard:  the hair a man has on his cheeks and chin
The little girl pulled on Santa’s beard to see if it was real.
He shaved off his beard because his girlfriend didn’t like it.

building:  a structure with walls, a roof and usually windows used for activities such as living, entertainment and manufacturing
He works in the medical research building at the hospital.
There are many more buildings in the city than ten years ago.

edge:  the part where a surface drops off
The movie was so exciting everyone was sitting on the edge of their seats.
The car drove off the edge of a cliff and crashed into the ocean.

gasoline:  the liquid that is necessary for a motor to run
They canceled their trip across the country because of the price of gasoline.
Henry ran out of gasoline and had to walk to the nearest service station.

hanger:  a metal or plastic device used to hang shirts, coats and other clothing in a closet
All the coats are on hangers in the hall closet.
After she irons her blouses, she puts them on hangers.

island:  a piece of land totally surrounded by ocean or other water.
They own an island in Maine, where they have a summer camp.
Jamaica is an island in the Caribbean Sea.

marriage:  the official union of two people.
Paul asked his long-time girlfriend if he could have her hand in marriage.
Their marriage ended in divorce in 2007.

noise:  unpleasant or meaningless sound
Mom says to stop that noise.  She’s trying to study.
He knew there was a party next door because of all the noise.

piece:  part of something
For dessert I’ll take a piece of that blueberry pie.
She knocked the vase off the table and had to clean up all the broken pieces.

secret:  information that is known and shared by only a few people
Her surprise birthday party is a secret, so don’t tell anybody
Can you keep a secret?

video:  moving picture
The police have been given videos of the fight that people took with their smart phones.
You can upload your wedding video to YouTube so your relatives can see it.