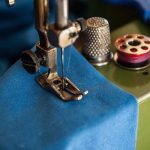 alter:  to make different for some reason
Her mother altered her wedding gown so it would fit her better.
His excuse doesn’t alter the fact that he missed an important test.

bar:  to prevent, exclude, close
He was barred from the poker club for cheating.
The police barred the exits so the thief couldn’t escape.

comply:  to follow directions or requests
The police asked them to leave and they complied.
She failed to comply with the judge’s orders.

decline:  to say no, refuse
Although he was rich and handsome, she declined his invitation.
He declined the offer on his house because it was too low.

disturb:  to bother, interrupt
Please don’t disturb me when I’m working at the computer.
Your father is in the study and doesn’t want to be disturbed.

exaggerate:  to make it sound better or bigger than it really is
Richard always exaggerates his real estate sales.
He wouldn’t be the first fisher to exaggerate the size of his catch.

ignore:  to not notice or consider
It’s hard to ignore the crime rate in this city.
He asked them to ignore his weaknesses and hire him on his strengths.

limit:  to keep something small
We need to limit the number of people we invite to the party.
He limits the amount of money he spends on clothes.

overlook:  to not notice or consider, disregard
Although his second novel was a bestseller, people overlook his first.
The youngest child in the family, he was often overlooked.

rehearse:  to practice for a public performance
She said she’ll be late today because she has to rehearse with the band.
All week he rehearsed for his speech.

sigh:  to let out your breath noisily
The class sighed from relief when the teacher postponed the exam.
She sighed when she found out she still had a lot more work to do.

stretch:  to make longer, extend
He stretched in bed before getting up.
She stretched a rope between two trees to hang her laundry.

thaw:  to become unfrozen, melt
It took an hour for the frozen fish to thaw.
When Spring came, the rivers and lakes started to thaw.

wager:  to bet, put money on a result
I’ll wager that you can’t make that basketball shot from this distance.
He never wagers on the outcome of an election.