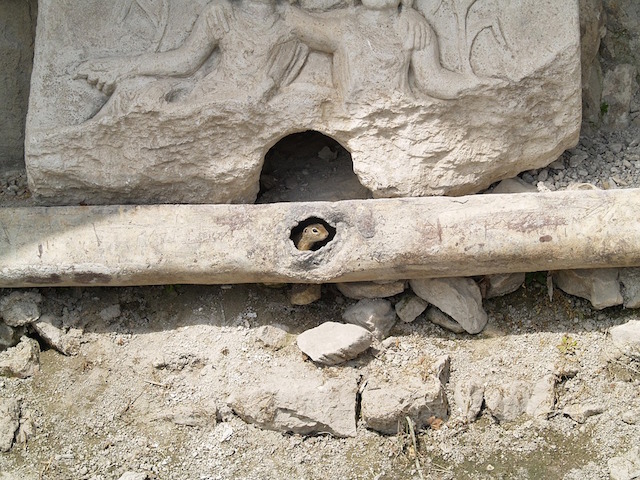 adapt: to make changes when things around you change
He found it hard to adapt to his new job, so he quit after two weeks.
Immigrants have to adapt to a new language and culture.

blend:  to mix together
To make this mocha, she blends dark-roasted coffee with Swiss chocolate.
Oil and water don’t blend well because the oil floats on top of the water.

commend:  to praise, approve, admire
I want to commend you on your win in last Sunday’s poker game.
Although he wasn’t successful, everyone commended him for his effort.

depict:  to describe, represent in words or pictures
The novel depicts a young family’s survival in the old west.
On the wall was a mural depicting homeless people.

endure:  to continue to exist, to last
How much pain can one person endure?
The words in the Constitution will endure forever.

grin:  to make a big smile showing teeth
It’s not a good idea to grin at a bear.
I knew he was teasing because he was grinning.

inspire:  to motivate, influence in a positive way
Terry Fox inspired many people to give to cancer research.
Her grandmother inspired her to become a doctor.

manipulate:  to unfairly influence (someone) to get what you want
She manipulated her parents into agreeing to send her to summer camp.
He knows how to manipulate his parents into giving him money.

pierce:  to make a hole or opening in (someone / something)
The child pierced the balloon with scissors.
The arrow pierced his heart, killing him instantly.

prosecute:  to take (someone) to court for a wrongdoing
Shoplifters will be prosecuted.
His company prosecuted him for stealing money.

reinforce:  to make stronger by adding something
The building was reinforced against earthquakes five years ago.
The general decided to reinforce the third brigade on the front lines.

stimulate:  to encourage someone to do something
The government lowered interest rates to stimulate the economy.
He says that alcohol stimulates his creativity.

unify:  to make or become a single unit, unite
The two motorcycle clubs voted to unify.
Many people believe this leader will unify their political party.

venture:  to do something risky
He ventured into the stock market in his early twenties.
Although he had a bicycle, he never ventured outside his neighborhood.

wiggle:  to move quickly from side to side
The shoes were so tight she couldn’t wiggle her toes.
Her father wiggled her tooth and told her she would lose it in a couple of days.