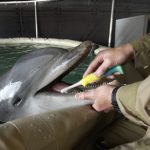 allow:  to let, to give permission
The police wouldn’t allow the homeowners to enter their home.
Please allow me to introduce myself.  My name is Baron Roth.

blush:  to turn red (skin)
His direct question made her blush.
You could see her embarrassment when she blushed.

claim: to say that something is true
They claim not to know the victim.
He claimed he didn’t leave the party till 1:00 am.

depend:  to trust (someone) to do something
You can depend on me to bring the supplies.
Children depend on their parents to feed them.

expect:  to think something is going to happen
We expected you to arrive tomorrow morning..
I don’t expect you to believe me, but that’s the truth.

imagine:  to create in your mind
I can imagine how she feels.
Can you imagine winning the lottery?

judge:  to determine right and wrong, good and bad.
Don’t judge me until you’ve been in my shoes.
Her job was to judge singers for a singing contest.

mention:  to say briefly
Did I mention that he was single?
He never mentioned being in the army when he was young.

occur:  to happen
The robbery occurred some time between 2:00 and 4:00 in the morning.
The next full moon will occur in two weeks.

present:  to give, to introduce
May I present my wife, Sharleen.
His coach presented him with the Most Valuable Player award.

realize:   to know for the first time
When I got to work, I realized that I had forgotten my iPhone.
She realized she was in a bad relationship, so she broke up with him.

request:  to ask for
The couple requested a room with a view of the mountains.
He called the radio station and requested his favorite song to be played.

state:  to say (something) officially
Please state your full name for the court.
He stated his innocence many times.

support:  to help (someone) when they need it
His parents supported him through university.
I support the arts by donating money every year

treat:  to act toward someone in a certain way
Everyone treated her well on her first day of school.
They treated him with respect.