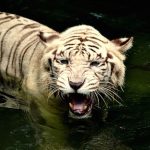 automatic:  able to happen or operate independent of any person.
A machine that saves us a lot of time is our automatic dishwasher.
The loyalty of his team is not automatic; he must earn it.

dedicated:  100% committed to something
I’ve never know someone so dedicated to his family as my father.
Mother Teresa was dedicated to helping the poor and sick.

frequent:  happening often
Because of his business, he’s a frequent flier to China.
The most frequent comment was that the movie was too long.

gloomy:  sad, hopeless, depressing
The prison was a gloomy place where the inmates hardly talked.
The hooting of the owls made the forest seem gloomy.

ingenious:  very smart and creative
The iPhone was an ingenious product that helped Apple get to the top.
He’s had several very good ideas, but this one is ingenious.

possible:  able to be or happen
It’s possible that he got really busy and forgot about our meeting.
Losing our company is one possible result.

racial:  of different kinds of people of different races
The Chinese are a racial minority in North America.
It’s against the law for him to deny you a room for racial reasons.

silly:  not serious, amusingly playful
She knew he had a surprise for her because of the silly grin on his face.
Don’t be silly.  You can’t eat that whole pie by yourself.

transparent:  see- through, clear
This plastic is almost transparent.
She wore a blue transparent blouse to the party.

united:  acting as a single group, all together
There was a united effort by all the neighbors to clean up the park.
The school was united in their support of the principal.

voluntary:  done out of free choice
The job as a teacher’s helper is a voluntary position.
The museum is free on Tuesdays, but you can make a voluntary donation.